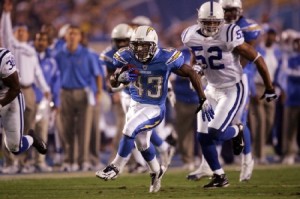 NEW ORLEANS (AP) Free-agent running back Darren Sproles says he’s decided to sign with New Orleans. In an email to The Associated Press, Sproles says he’s a Saint now and “can’t wait to get started.” The speedy, 5-foot-6 Sproles, who has spent his first six NFL seasons with the San Diego Chargers, reached an agreement on a four-year deal worth about $14 million. The deal was reached on the same day that the Saints traded Reggie Bush to Miami. Like Bush, Sproles has proven an ability to produce big gains as a runner, receiver and return man. He has two career touchdowns on kickoff returns and two scores on punt returns. In each of his seasons except 2006, when he was injured, he has surpassed 1,000 yards on kick returns.