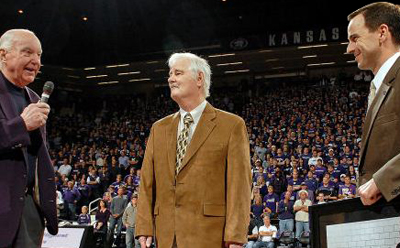 One of the most decorated coaches in Kansas State basketball history was inducted into the Naismith Basketball Hall of Fame Friday night.

Best known as the innovator of the triangle offense, Winter was part of nine NBA championship teams but is remembered around Manhattan for his contributions to Kansas State. Winter coached at K-State from 1953 – 1968, compiling 268 wins to go along with a winning percentage of 689. The Wildcats claimed eight conference titles under Winter’s watch, making appearances in six NCAA tournaments, reaching the final four in 1958 and 1964.