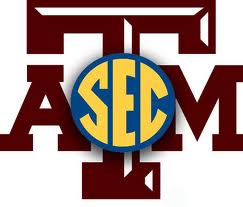 Here we go again, Orangebloods.com is reporting Texas A&M is getting closer to leaving the Big 12 to join the Southeastern Conference.  According to sources, the Texas A&M board of regents will meet in a previously scheduled meeting on August 22nd to discuss and possibly vote on moving to the SEC as early as 2012.  SEC school presidents are also reportedly holding an emergency meeting this weekend to discuss adding A&M to their league.  The NCAA did announce on Thursday that they will not allow any conference or school sponsored network to show high school games.  That ruling apparently will not slow down the Aggies’ overtures to the SEC, even though that would clear up some of A&M’s issues with the Longhorn Network.