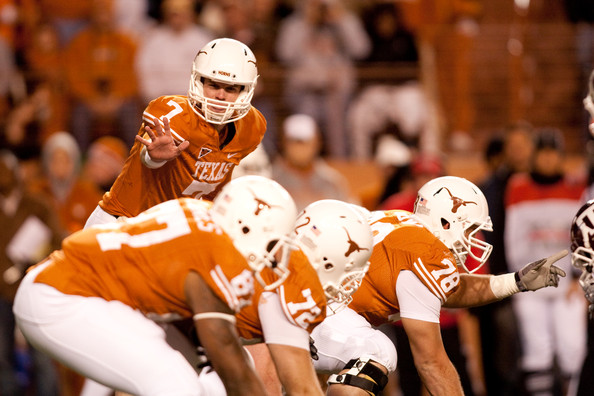 AUSTIN, Texas (AP)   Garrett Gilbert is getting another chance to be the starting quarterback at Texas.  Gilbert was announced as the Longhorns’ starter on Monday for Saturday’s season-opener against Rice.  Gilbert threw 17 interceptions against just 10 touchdowns last season, but won a four-way battle in training camp to keep his job.  Texas went 5-7 in 2010, its first losing season since 1997.  The Longhorns have a new offense along with a host of other changes.  Case McCoy remains No. 2. McCoy is the younger brother of former Texas quarterback Colt McCoy and threw just one pass last season.