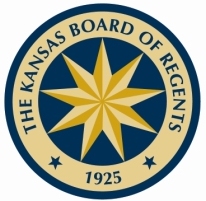 LAWRENCE, Kan. (AP)   The chairman of the Kansas Board of Regents says it would be best for Kansas and Kansas State to remain in the same conference, even if the Big 12 eventually falls apart.  Ed McKechnie told The Associated Press in a phone interview Tuesday that the Board prefers for the Big 12 to remain together, and “until something happens, I’m just not going to speculate on what else there could be.”  The New York Post reported Monday the Big East has studied the feasibility of adding three schools   possibly Kansas, Kansas State and Missouri   to create a super conference with 12 football-playing members and 20 schools that participate in basketball.  Athletic directors for all three schools said Saturday they remain committed to the Big 12, even though officials from Oklahoma have acknowledged that other conferences are interested in the Sooners and Texas A&M has announced plans to leave the 10-member league, and has been voted into the SEC pending potential litigation.