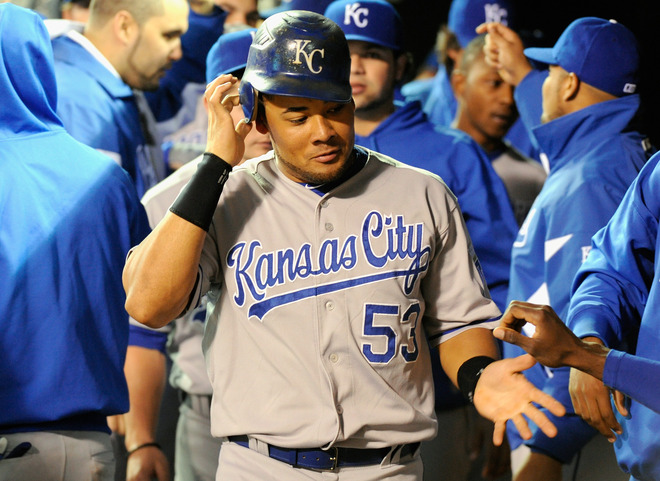 MINNEAPOLIS (AP)   Melky Cabrera became the first Kansas City player in 11 years to get 200 hits and Mike Moustakas hit the go-ahead home run in a four-run sixth inning as the Royals topped the Minnesota Twins 7-3 on Monday night.  Cabrera, who hit an infield single and scored the game’s opening run in the first inning and added another infield single in the sixth, became the sixth player in Kansas City history to eclipse 200 hits and the first since Johnny Damon and Mike Sweeney both did it in 2000.  Felipe Paulino (4-6) gave up three runs and six hits in six innings, striking out nine.  Kevin Slowey (0-8) allowed five runs and 10 hits in 5 2-3 innings.