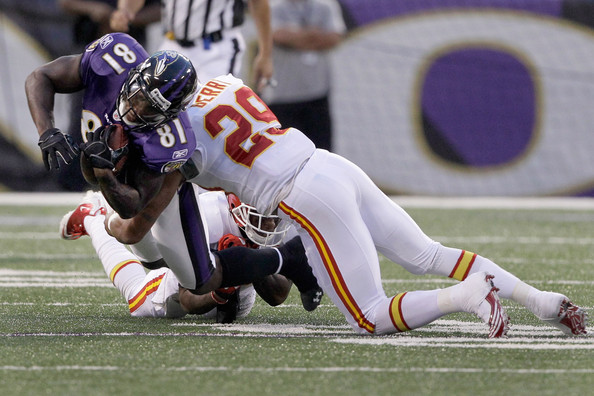 KANSAS CITY, Mo. (AP)   Chiefs safety Eric Berry has a torn ACL in his left knee and is done for the year.  Berry was hurt in the first quarter of Sunday’s loss to Buffalo during a block by Bills receiver Steve Johnson.  The second-year strong safety made the Pro Bowl last year and was being counted on heavily by the defending AFC West champions, who were hammered 41-7 at home by Buffalo in the opener.  Berry, a former Tennessee star, made 72 tackles and four interceptions last season, returning one of them for a touchdown.  He was the fifth overall pick in the 2010 draft and he started every game his rookie season.