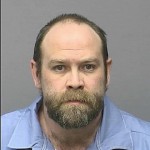 Sentences have been upheld in 56 of 77 convictions involving a former Manhattan man involved in rape/sodomy cases occurring from December of 1999 to July of 2005. 42-year-old Ben Hinchsliff was sentenced in Riley County district court in July of 2009 on convictions including 66 counts of rape and 11 counts of criminal sodomy to a youngster under the age of 14. The court of appeals ruling came the end of last week.

While 21 of the convictions were found to be outside the statute of limitations, the sentencing is not affected by the court of appeals ruling, meaning Hinchsliff will continue to serve a 660 month sentence, or 55 years. His earliest possible release is April second of 2055.

At the time of the Riley County court sentencing Judge Paul Miller said the events of the case were despicable and if there was ever a case that deserves a departure sentence, this is the one.