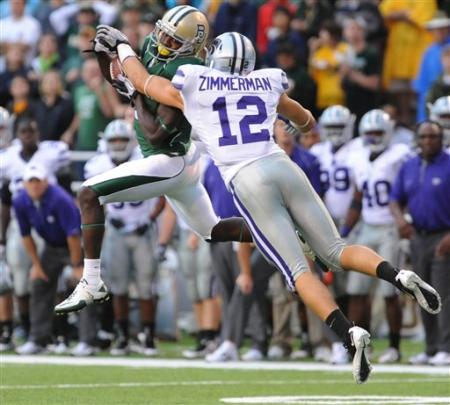 Plenty will have their eyes on K-State Saturday when they head south to take on the Miami Hurricanes, but the Cats now know they’ll be showcased the following week as well.

K-State’s conference opener on October 1st against the Baylor Bears will be broadcast by ABC and will kick at 2:30.

It’s the 37th all-time appearance for the Wildcats on ABC and tickets are still available.

K-State kicks at 2:30 central time this weekend as well at Miami and our pregame coverage starts here on KMAN at 10:30 with Powercat Gameday live from Hollywood Ale House in Hollywood, Florida.

You can save 10% at Hollywood Ale House if you make the trip and wear K-State gear.