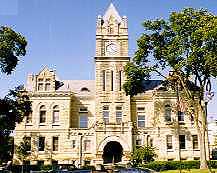 Riley County District court Judge David Stutzman has denied a motion to suppress statements and other evidence in a case involving the death of a Manhattan High school student in April. That was the ruling filed late Thursday in the Cole Drake first degree murder and aggravated burglary case, which involved the shooting death of 14-year-old Tyler Dowling.

The 16 page ruling by Judge Stutzman deals with the defense’s motion to suppress statements Drake made to law enforcement officers as well as any evidence produced as a result of those statements.

The court found for the particular set of facts in this case, legal standards require the juvenile’s motion be denied. One state exhibit referred to by the judge dealt with the juvenile, at his mother’s prompting, giving extended and apparently careful consideration to the matter of invoking or waiving his right to have counsel present for any questioning.The judge also refers to the juvenile having ample opportunity to get the advice and counsel of his mother at perhaps the most critical time, when his Miranda rights were being explained, and his waiver was being considered.