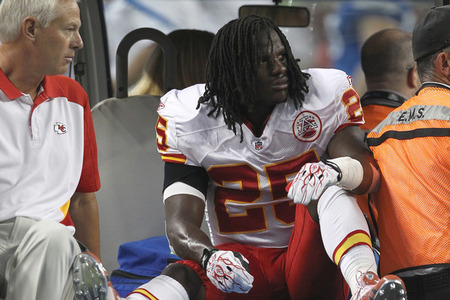 Chiefs coach Todd Haley confirmed today that running back Jamaal Charles is done for the season and will go on injured reserve.  Charles suffered a torn ACL in Sunday’s 48-3 loss against Detroit.

Last season, Charles finished second in the league in rushing with 1,467 yards and had a 6.4-yards per carry average. He ended the year playing in the Pro Bowl in Hawaii.