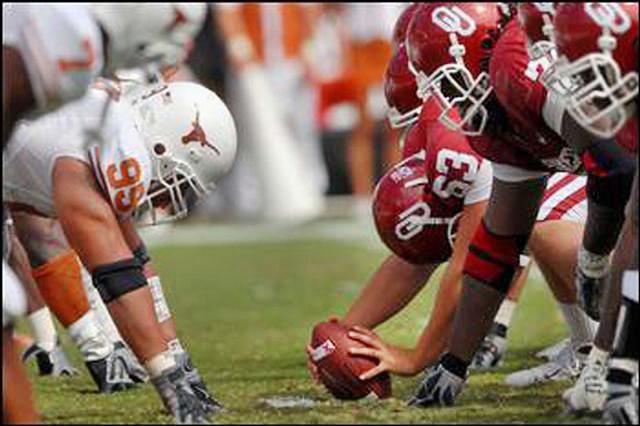 A source says Texas and Oklahoma officials met over the weekend amid speculation that the Sooners are considering leaving the Big 12.  Texas President Bill Powers and athletic director DeLoss Dodds were among a group of Texas officials who went to Oklahoma on Sunday.  Oklahoma president David Boren also was present.  Oklahoma officials are reportedly considering leaving the Big 12 after Texas A&M’s recent decision to leave the conference with hopes of joining the Southeastern Conference.