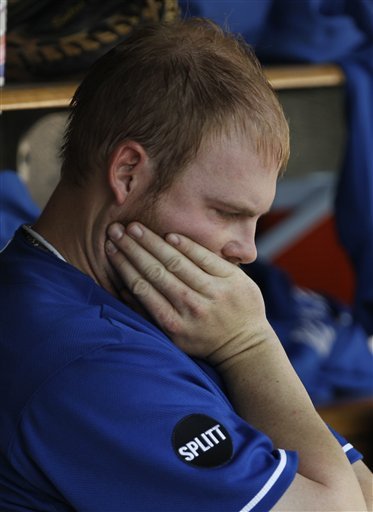 DETROIT (AP)   Wilson Betemit capped Detroit’s three-run eighth inning with a tie-breaking RBI double against his former team, leading the Tigers to a 5-4 victory over the Kansas City Royals on Wednesday.   Austin Jackson went 4 for 4 and scored three times for the AL Central-leading Tigers, who have won seven of 10. Miguel Cabrera added two hits and Jose Valverde worked the ninth for his 40th save in 40 chances.  Blake Wood (5-2) took the loss for the Royals, giving up three runs on four hits and a walk in one inning.  Rookie Eric Hosmer did hit a pair of solo home runs, his first multi-homer game as a Royal.

KC will go for the series split with the Tigers on Thursday afternoon at 12:05pm.