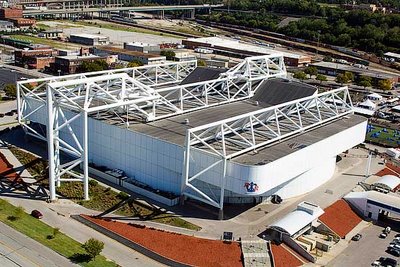 KANSAS CITY, Mo. (AP)   American Royal leaders say it’s time to tear down the aging Kemper Arena and replace it with a new equestrian center that better fits the needs of Kansas City’s premier annual livestock show.  The Kansas City Star reports the idea has the backing of R. Crosby Kemper Jr. and his son Mariner Kemper, who pledged Tuesday to help raise millions of dollars in private donations for the new center.  R. Crosby Kemper Jr. donated the land and initial funding for Kemper Arena in 1972 in honor of his father, who had just died.  Kemper says the arena now is too big for what the American Royal needs, especially with the Sprint Center downtown pulling away concerts and sporting events that used to be held at Kemper.