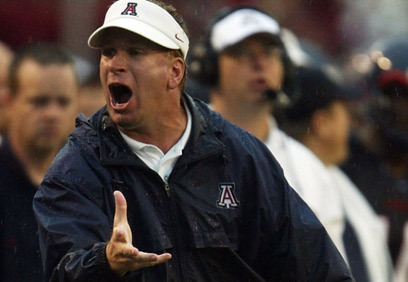 Dating to last season, Arizona has lost 10 of 11 games, the lone victory this season’s opener over Northern Arizona, a Football Championship Subdivision (FCS) school.  Stoops had a 41-50 record with the Wildcats. He was an assistant at K-State for seven seasons (from 1992-98), and was co-defensive coordinator on his brother Bob’s staff at Oklahoma before he was hired at Arizona.

His 2010 team started the season 7-1 but lost its last five, including a 36-10 blowout to Oklahoma State in the Alamo Bowl.