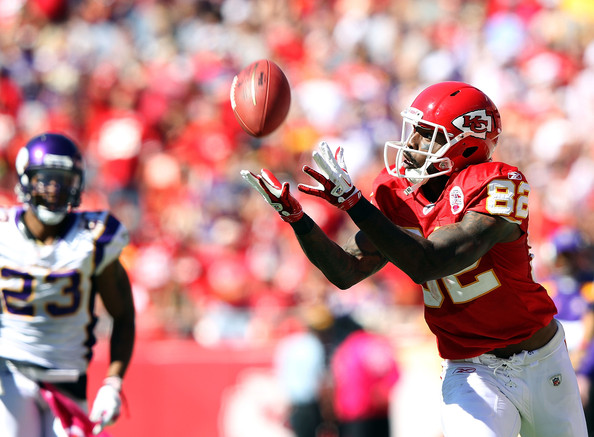 KANSAS CITY, Mo. (AP)   The Kansas City Chiefs are winless no more.  The Minnesota Vikings wish they could say the same.  Matt Cassel hit Dwayne Bowe for a 52-yard fourth-quarter touchdown pass, Ryan Succop was perfect on five field-goal attempts and the Chiefs held on for a 22-17 victory Sunday.   Succop’s accurate right leg had already staked Kansas City (1-3) to a 15-10 lead by the start of the fourth quarter when Cassel dropped back to pass.  He saw Bowe get around Cedric Griffin, who had slipped just after the snap, and hit his Pro Bowl wide receiver in stride.  Bowe made a pirouette to get around safety Jamarca Sanford, then broke Griffen’s tackle as the cornerback tried to recover, and trotted the last couple of yards for the touchdown.  Minnesota is 0-4.