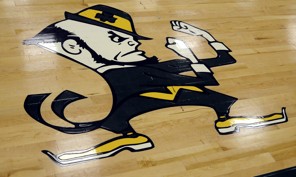 CHAPMAN, Kan. (AP)   Their school was destroyed by a tornado, and now high school students in Chapman are losing their mascot to another force of nature: the University of Notre Dame

The national sports powerhouse contacted school officials in the small, northeastern Kansas town after seeing its leprechaun logo on the Chapman website.

Superintendent Lacee Sell adds it was clear Notre Dame was serious about getting Chapman to drop the fighting leprechaun mascot. School district officials say they can keep their “Fighting Irish” nickname, however, and the community is holding a contest to pick a new logo.

Chapman’s new high school opened in January of this year. The old one was destroyed in a massive June 2008 tornado.