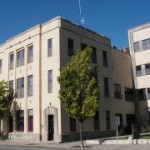 According to Meredith, the dog had run away from its owner and was nearly a mile east of the park when it was fatally attacked.

Also, Meredith said the owner was not injured by the coyotes while attempting to rescue her dog. The woman only sustained minor scratches while trudging through the brush to recover her pet.

Meredith will be assessing the safety of the park with Kansas State University wildlife control specialists over the next few days.