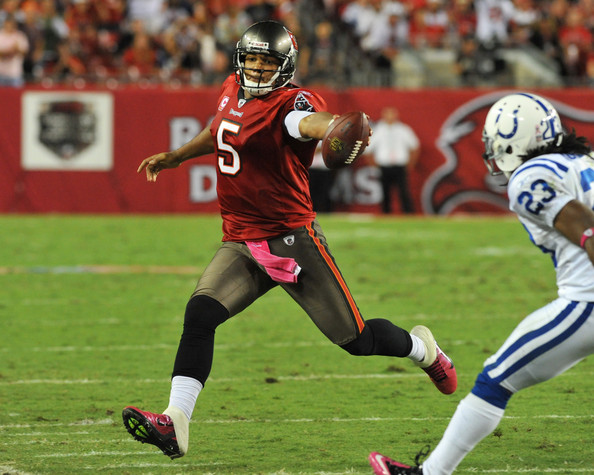 TAMPA, Fla. (AP)   Former K-State quarterback Josh Freeman threw for 287 yards and a touchdown, LeGarrette Blount ran for 127 yards and a score, and the Tampa Bay Buccaneers beat the Indianapolis Colts 24-17 on Monday night.  Freeman, who ran for a touchdown early in the game, scrambled for a huge first down on the winning drive as the Buccaneers (3-1) won their third consecutive game.  The Colts fell to 0-4 for the first time since 1998, Peyton Manning’s rookie season.  Manning has watched all four games, unable to play because of a neck injury.  Curtis Painter started this one, filling in for injured backup Kerry Collins and played better than most expected.  Painter threw for 281 yards and two touchdowns, both long ones to Pierre Garcon.  He wasn’t nearly as effective down the stretch.