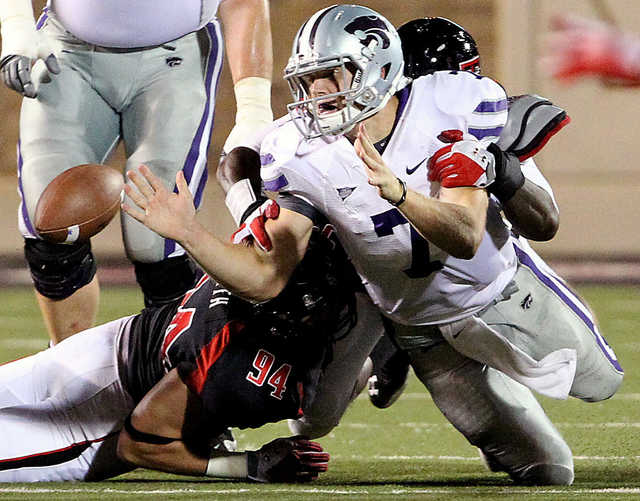 K-State received their fourth Big 12 conference player of the week honor of the season Monday following the win at Texas Tech.  Senior defensive tackle Raphael Guidry was named the league special teams player of the week for becoming the first player in the Bill Snyder era to block two field goals in one game.  Guidry rejected a Red Raider 48 yard field goal in the first quarter, and a 38 yarder in the second quarter.  Guidry also had a tackle for loss.

K-State junior Collin Klein is one of eight quarterbacks nationally to be nominated for the Manning Award Star of the Week.  Klein rushed for 110 yards and three touchdowns in the comeback win over Texas Tech.  To vote for Klein go to the Allstate Sugar Bowl page on Facebook.