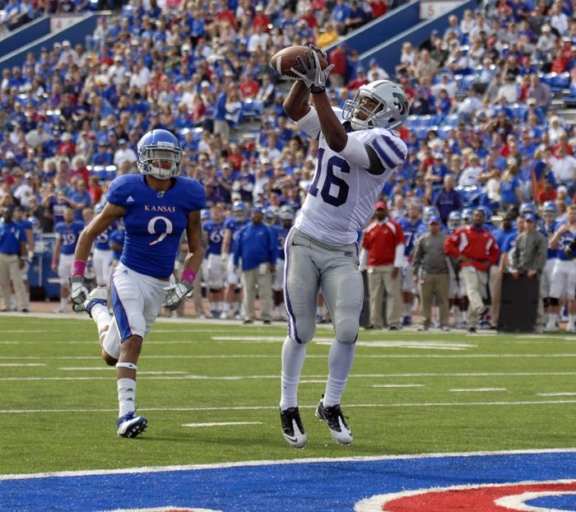 For a second straight week, K-State has the Big 12’s special team player of the week.  This time it’s freshman Tyler Lockett.  Lockett returned a kick for a touchdown for the second consecutive week when took the second-half kickoff 97 yards to paydirt.  He also set up a field goal just before the half with a 48-yard reception. He finished with 251 all-purpose yards, catching five passes for 110 yards and a touchdown.  Lockett follows up his K-State teammate Raphael Guidry, who was Big 12 special team player of the week after blocking a pair of field goals against Texas Tech.  Placekicker Anthony Cantele also won the award earlier in the season.