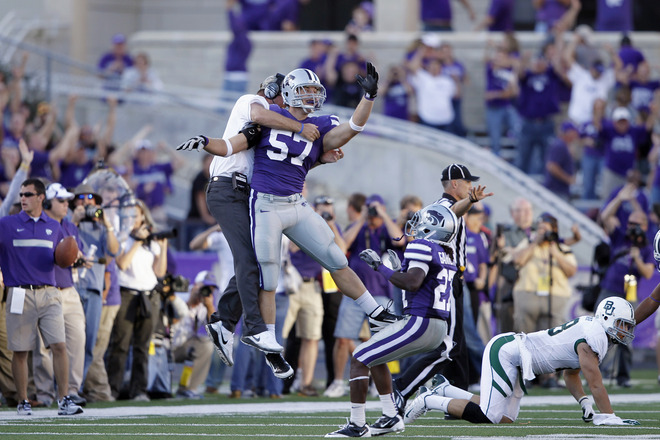 MANHATTAN, Kan. (AP)   Kansas State has climbed right back into the Top 25.  The Wildcats used a 36-35 upset of Baylor on Saturday to enter the AP poll at No. 20 on Sunday.  It’s the first time they’ve been ranked since 2007, and the highest since `04.  The Wildcats needed a late touchdown pass to beat Eastern Kentucky, and looked mediocre against Kent State, but have put together two confidence-building wins in a row.  They stopped Miami four times at the goal line to preserve a 28-24 win two weeks ago, and then scored 10 points in the final 5 1/2 minutes Saturday to upset the Bears, who came into the game at No. 15.  It was the Wildcats’ first win over a ranked team since 2007, and the first over a ranked team at home since `06.