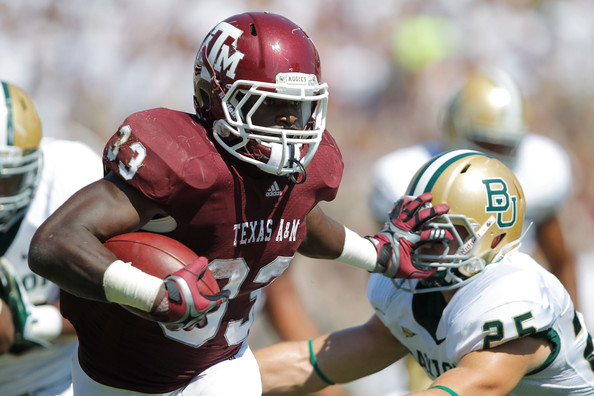 COLLEGE STATION, Texas (AP)   Texas A&M running back Christine Michael will miss the rest of the season after tearing the anterior cruciate ligament in one of his knees.  The junior was injured in Saturday’s 41-25 loss to No. 7 Oklahoma.  He has 899 yards rushing and eight touchdowns this season.  Texas A&M coach Mike Sherman wasn’t sure which knee was injured, but says they will schedule surgery to repair it in a couple of weeks when the swelling subsides.  It’s the second straight year where Michael has had a season-ending injury after he broke his leg last October.  herman expects Cyrus Gray, who has split carries with Michael, to step up with Michael out.  Gray has 733 yards rushing with seven touchdowns this season.  The Aggies, who have lost two straight, travel to No. 17 Kansas State on Saturday.