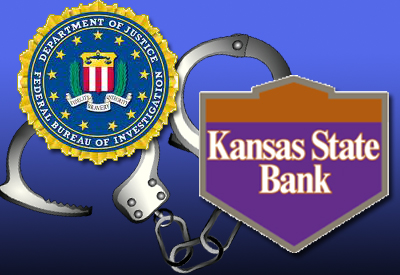 KMAN news has confirmed a suspect has been taken into custody in connection with the Kansas State Bank robbery nearly two weeks ago. FBI spokeswoman Bridget Patton announced that to KMAN Wednesday afternoon.

Patton emphasized no federal charges have been filed yet, but a suspect was taken into custody as a joint effort of the FBI, Riley County Police, and Pottawatomie County sheriff’s department.

Patton declined to identify a location of where the suspect was apprehended.

It’s not known if the suspect is connected to any of the other armed robberies in Manhattan the past month–as Patton could only comment on the one case the FBI is working on, which is Kansas State Bank.