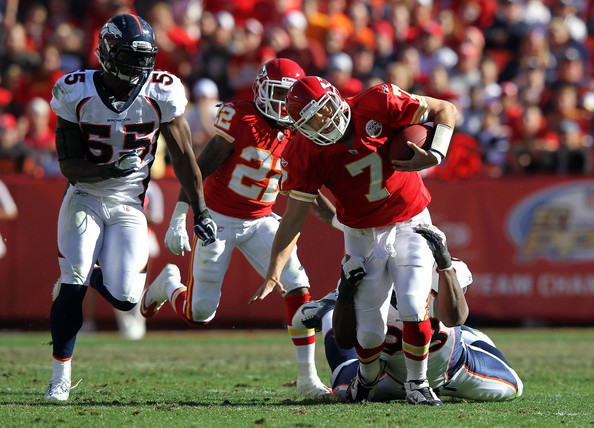 KANSAS CITY, Mo. (AP)   Chiefs quarterback Matt Cassel could miss the remainder of the season after sustaining what coach Todd Haley is calling a “significant” injury to his throwing hand.  Cassel hurt his right hand near the end of the Chiefs’ 17-10 loss to Denver on Sunday.  The injury appeared to occur when Cassel was sacked by Elvis Dumervil and Von Miller, though Haley wasn’t sure if it was the hit or the way Cassel landed on the turf that caused it.  Haley refused to say whether the team would put the former Pro Bowl quarterback on injured reserve.  But he did say “it’s a possibility” when asked whether he’d miss the rest of the season.  Tyler Palko is expected to start Monday night at New England.