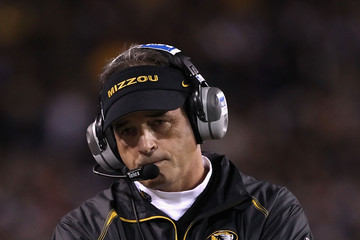 Pinkel did not coach during Missouri’s win over Texas Tech on Saturday as part of a one-week unpaid suspension. He says he watched the game on television with friends at a Lake of the Ozarks condominium, calling his absence for the final home game of his senior players “gut-wrenching.”  Pinkel plans to return to work on Thanksgiving as the Tigers prepare to face Kansas on Saturday. He pleaded guilty to a misdemeanor charge of drunken driving two days after his arrest and received a 30-day suspended sentence along with two years’ probation.