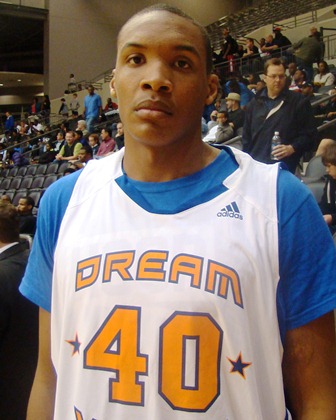 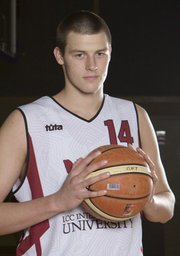 Kansas State elevated the talent of its front court during the early signing as head coach Frank Martin announced the additions of high school standouts Robert Upshaw and Laimonas Chatkevicius for the class of 2012.

The 7 foot 275 pound center Upshaw is a four star prospect according to Rivals and the # 43 prospect overall.  The Fresno, CA native is the #8 center in his class and chose K-State over offers from Georgetown, Louisville and Fresno State.  Upshaw was rated among the top 50 players in the nation by ESPN, CBS Sports.com, and MaxPreps, and was pegged as the #4 player in California by ESPN.

Chatkevicius is a 6-10 230 pound center and a three star prospect according to Rivals.com.  He’s a native Lithuanian and will spend the coming season at South Kent Prep in Connecticut.  Chatkevicius played high school basketball in his native country last season, but has spent a couple summers in the US including this past year with Speice Mo-Kan in Kansas City.  He signed with K-State over interest from Arkansas, Marquette, Mississippi, Missouri and Wisconsin.