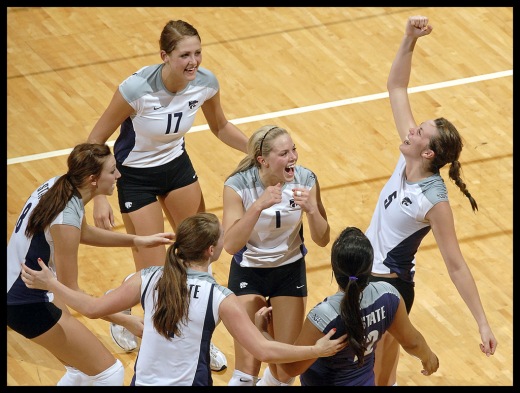 After a 20-win season, the K-State volleyball team is back in the NCAA Tournament for the first time since 2008.  The Cats will play an in-state rival in a familiar location, as they’ll face Wichita State in the opening round in Lincoln, NE.  With the Huskers now in the Big 10, they would be a potential second matchup.  But, K-State must get thru a Shockers team that went 21-10 this season.  Wichita State is led offensively by junior outside hitter Emily Adney, who is averaging 3.49 kills per set.  The Cats and Shockers have five common opponents, Louisville, Oklahoma, Missouri State, Drake and Creighton.  K-State is 4-2 against those teams, while Wichita State is 6-3.

K-State volleyball will match up with Wichita State at 4:30pm on Thursday afternoon at the NU Coliseum.  Pregame will begin on SportsRadio 1350 at 4:00pm from Lincoln.