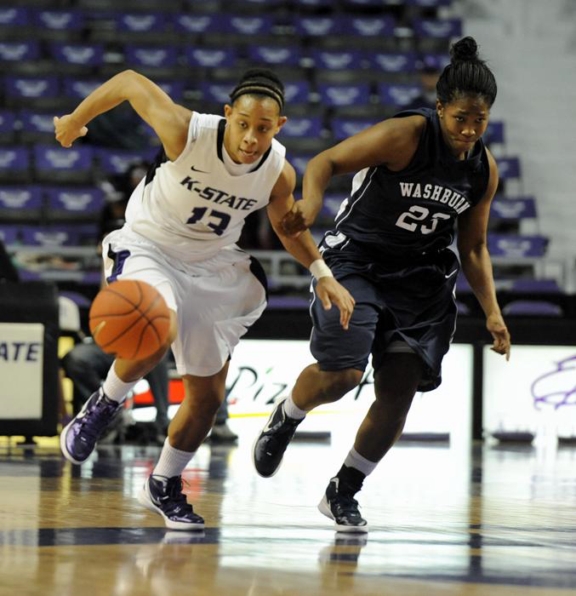 Tasha Dickey scored 20 points and grabbed six steals as the K-State women routed Dartmouth 54-20 in the season opener on Saturday night at Bramlage.  Dickey, a transfer from Arizona, had the best debut offensively for a Wildcat since Laurie Koehn in 2001.  The Cats held the Big Green to just 10 points in each half, and the overall output was the lowest by a K-State opponent since Mississippi Valley State posted just 18 points nearly five years ago.

K-State women’s basketball is hosting BYU on Wednesday night at 7:00pm.  Coverage on KMAN begins at 6:30 from the K-State Sports Network.