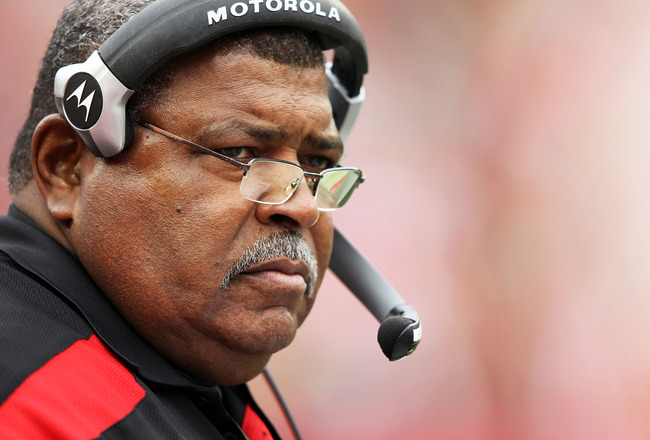 KANSAS CITY, Mo. (AP)   Chiefs offensive coordinator Bill Muir has given his unsolicited endorsement for Romeo Crennel to be hired as Kansas City’s permanent coach.  Muir said that the defense has “turned the corner” and that “it would be a shame to change that.”  Crennel was elevated to interim coach nearly two weeks ago, when the Chiefs fired Todd Haley after a 5-8 start.  Crennel provided a calming influence last week, and Kansas City managed a 19-14 victory over the previously unbeaten Green Bay Packers.  Muir is just the latest to endorse Crennel as the full-time coach.  Star linebacker Tamba Hali said he’d like to see Crennel stay next season.

The Chiefs will host the Raiders for their home finale on Saturday at noon at Arrowhead Stadium.  Coverage on KMAN begins at 11:00 from the Chiefs Fox Football Radio Network.