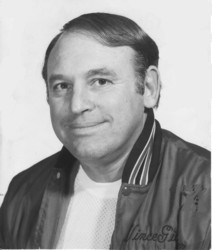 NEW ORLEANS (AP)   Former K-State football coach Vince Gibson has been diagnosed with ALS.  Gibson, who also coached at Tulane and Louisville, has lost the use of his upper body and his ability to stand, because of the disease, commonly known as Lou Gehrig’s disease, his wife, Cecile, said on Tuesday.  Cecile Gibson says her husband was originally misdiagnosed and believed to have Parkinson’s disease. He found out in April 2010 that it was actually ALS.  Gibson, who is 78, compiled a 75-98-2 record as a college coach. He also played offensive guard at Florida State.