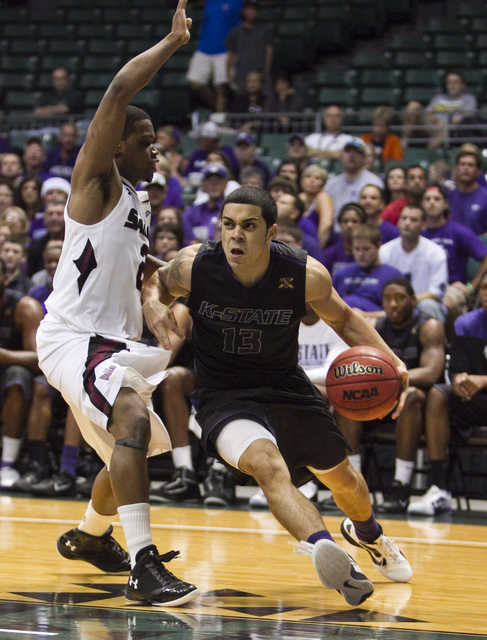 HONOLULU (AP)   Freshman Angel Rodriguez scored a season-high 17 points, including five 3-pointers, as Kansas State cruised to an 83-58 win over Southern Illinois in the opening round of the Diamond Head Classic on Thursday.  Jamar Samuels added 14 points and five rebounds while Rodney McGruder had 13 points and six boards for the Wildcats (8-1), who won their third straight and overcame 19 turnovers by dominating the paint while playing an effective inside-out game.  Kansas State moves on to face UTEP in Friday’s semifinal round.  The Miners (5-5) defeated Clemson 61-48 earlier in the day behind Michael Perez’s career-high 25 points.  Jeff Early and Justin Bocot each had 10 points to lead the Salukis (3-6), who had trouble finding their range and shot 29.5 percent.