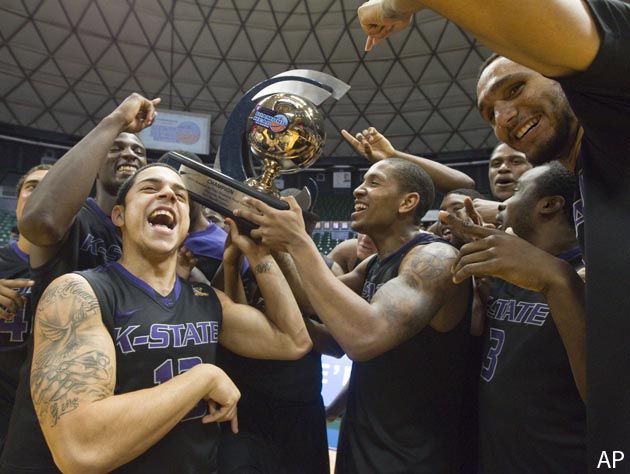 After scoring a career high 28 points in the Diamond Head Classic finals, K-State guard Rodney McGruder has been named the Big 12 player of the week.  The Wildcat junior shot 10 out of 11 from the field including 2 for 3 from beyond the arc, and hit 6 of 7 from the free throw line in a 77-60 win over Long Beach State.  McGruder averaged 15 points and 6 rebounds in 24 minutes per game in Hawaii.  He shot 64 percent from the field en route to being the Diamond Head Classic MVP.  McGruder is the third K-Stater to receive an honor from the Big 12 this month, Jamar Samuels was also named Big 12 player of the week on December 5th, and Thomas Gipson was named Big 12 rookie of the week on December 12th.