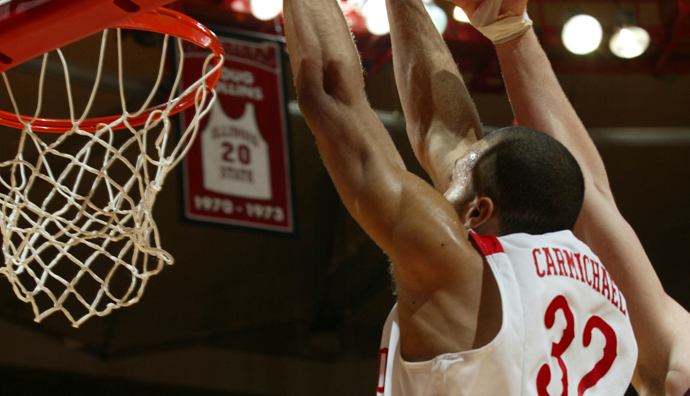 Carmichael and Ekey scored six points apiece as Illinois State opened the second half with a 12-2 run for a 40-30 edge with 14:35 to go. Carmichael was 9 of 16 from the field and added four blocked shots in 35 minutes of action.  He leads the Redbirds with 13.3 points and 8.1 rebounds per game.

Northern Iowa came back furiously, running off 12 straight points to get within 59-58 with 1:56 left. But Cousin hit six straight free throws to help seal it.

Meet your City Candidates On Demand