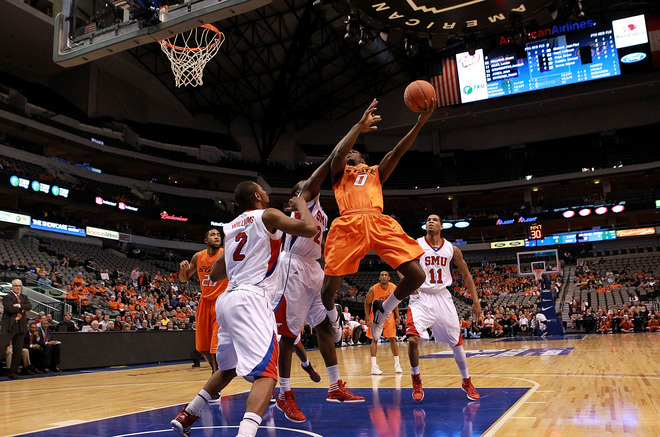 DALLAS (AP)   Cezar Guerrero scored seven of his 14 points at the start of the second overtime and Oklahoma State defeated SMU 68-58 Wednesday night.  The Cowboys (7-5) closed the game with a 16-0 run, with the final six points in the first overtime before outscoring SMU 10-0 in the second extra period.  SMU (7-5) had matched its biggest lead of the game when Robert Nyakundi made three free throws for a 58-52 advantage with 1:17 left in the first overtime.  Keiton Page then made two 3-pointers in a span of 33 seconds, with a miss by Nyakundi between those shots.  Guerrero opened the second overtime with a 16-foot jumper, then made a 3-pointer and had a driving layup to stretch the lead to 65-58.  Page led Oklahoma State with 27 points.  Nyakundi had 20 points and 11 rebounds for SMU, which has lost 10 in a row against the Cowboys.