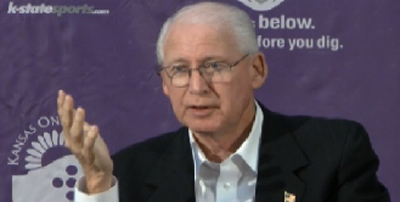 The honors keep rolling in for K-State coach Bill Snyder after he led K-State to the ninth double-digit win season in school history.  Sporting News named Snyder on Tuesday its national coach of the year.  He’s led the Cats to a 10-2 record and a berth in the Cotton Bowl against Arkansas on January 6th.  Snyder also won his 150th game in the season opener against Eastern Kentucky, and has a record of 159-82-1 in 20 seasons.