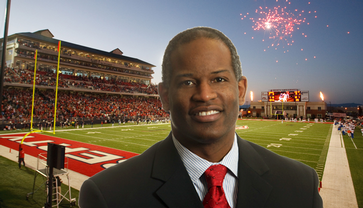 The University of Kansas owes former head football coach Turner Gill $6 million for the final three years of his guaranteed contract following his dismissal last month.  Gill isn’t one to rest on his laurels, as he accepted the head coaching position at Liberty.  He was introduced as the Flames’ 8th head coach Thursday.  Liberty was founded by the late Rev. Jerry Falwell, and is a Big South Conference school in the FCS.  The Flames went 7-4 this past season, and finished 2nd in the Big South.  Gill replaces Danny Rocco, who left the school after seven seasons and a record of 47-20 to become the head coach at Richmond.