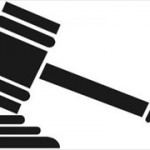 The investigation into the 2010 firing of former RCPD narcotics detective Mark Bylkas has been completed. Now Riley County Attorney Barry Wilkerson says the case is in the hands of a special  prosecutor.

“The special prosecutor has been appointed to review those reports,” Wilkerson said. “And, when that’s done, we’ll respect the decision that he or she makes.”

Bylkas is suing the Riley County Law Board, RCPD Director Brad Schoen and others for wrongful termination. He claims he was cut from the force and falsely accused of a crime to cover up misconduct within the department.