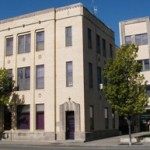 Riley County may end up leaving the City of Manhattan on its own in terms of educating the public regarding its portion of a proposed sales tax, which is expected to be on the ballot later this year. County commissioners expressed some frustration and concern Thursday, with city commissioners wanting to change the language for their portion of the sales tax. County commissioners have several times expressed plans to keep the county portion worded as it is currently, with money going toward road and bridge projects. Commissioners Dave Lewis and Karen McCulloh questioned how often the city language might need to be changed.

County Clerk Rich Vargo told the commissioners  the county can determine it’s own language, but they’re running out of time.

And as you head down that road, you might be surprised to know how much it costs to fix that route you take on a daily basis. Riley County public works director Leon Hobson talked to county commissioners Thursday about projects prioritized by the county’s road and bridge advisory board. Work is planned on 12 bridges and  13 culverts. Only three projects are proposed for reconstruction.