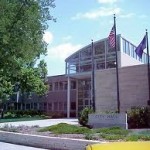 After giving a presentation of the proposed action posed by some of the commissioners to approve the 2013 Budget, City Finance Director Bernie Hayen says he does not agree with moving forward with it.

Geri Simon, Co-chair of the Save Our Social Services group, attended the meeting and agrees with Hayen. She says her group does not agree with the five percent cut to outside agencies, particularly social services.

Ben Champion of the Bicycle Advisory Committee spoke during the public comment portion of the meeting. He commented if the budget was going to be cut, it should be fair when it comes to infrastructure.   Champion indicated the proportion of money spent on biking infrastructure should reflect how many people in the community bike.

Manhattan resident John Ball states that the matter of the city budget simply comes down to priorities. He said while he likes bike trails, there comes a point when priorities have to be set. And he indicated support for the commissioners.

The first option would keep the same 2002 sales tax plan current in place.

Although no action was taken during the meeting, based on the discussion by the city commissioners a consensus seemed to be forming with option number two. The commission will be further looking into the language of the option before making a decision.