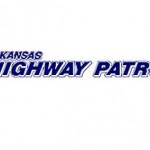 Near mile marker 181 on K-18 west of the airport a three vehicle accident occurred at about 5 pm Monday.

Michael Shepard, 22 from Knightdale North Carolina, was eastbound in the right lane of K-18 in his Mazda SUV when he took his eyes off the road and rear-ended 43 year old Kenneth Katzenberg’s 2008 Ford.

Katzenberg, of Wamego, was slowing down for a traffic stop.  Due to the impact of the collision, Katzenberg ended up pushing into 23 year old Corey Turner’s 2008 Toyota.   Turner is from Elkton, Virginia.

The only person injured was Shepard’s passenger Juan Rivera, 21 of Manhattan.