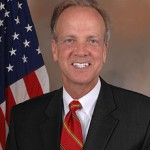 “Christmas has come early for the soldiers and their families at Fort Riley.” Those are the words of U-S Senator Jerry Moran of Manhattan, when commenting on word of a $35.2 million  grant toward a new middle school on post.

Moran says this is money appropriated from Congress to help military installations with the greatest needs. Fort Riley was listed as seventh in having the most challenges in dealing with students in terms of facilities.

Moran  says the $35.2 million will be combined with a local share to build the  the new $42 million  facility at Fort Riley. The Senator says the process is one of competition, but unfortunately based on need and he describes the need at Fort Riley as “tremendous.”

The Department of Defense said Tuesday the new building will replace an existing school on the northeast Kansas Army post. The new school will have room for up to 720 students in grades six through eight.

An additional $6.7 million in non-federal funds will be used for the project. Groundbreaking is scheduled for January and the school is expected to be ready for classes in 2014.

The Geary County school district, located in adjacent Junction City, has seen an influx of students over the past decade with the arrival of thousands of soldiers and families assigned to the Army’s 1st Infantry Division.

Others expressing happiness with the news were Senator Pat Roberts, and Representatives Tim Huelskamp and Lynn Jenkins.