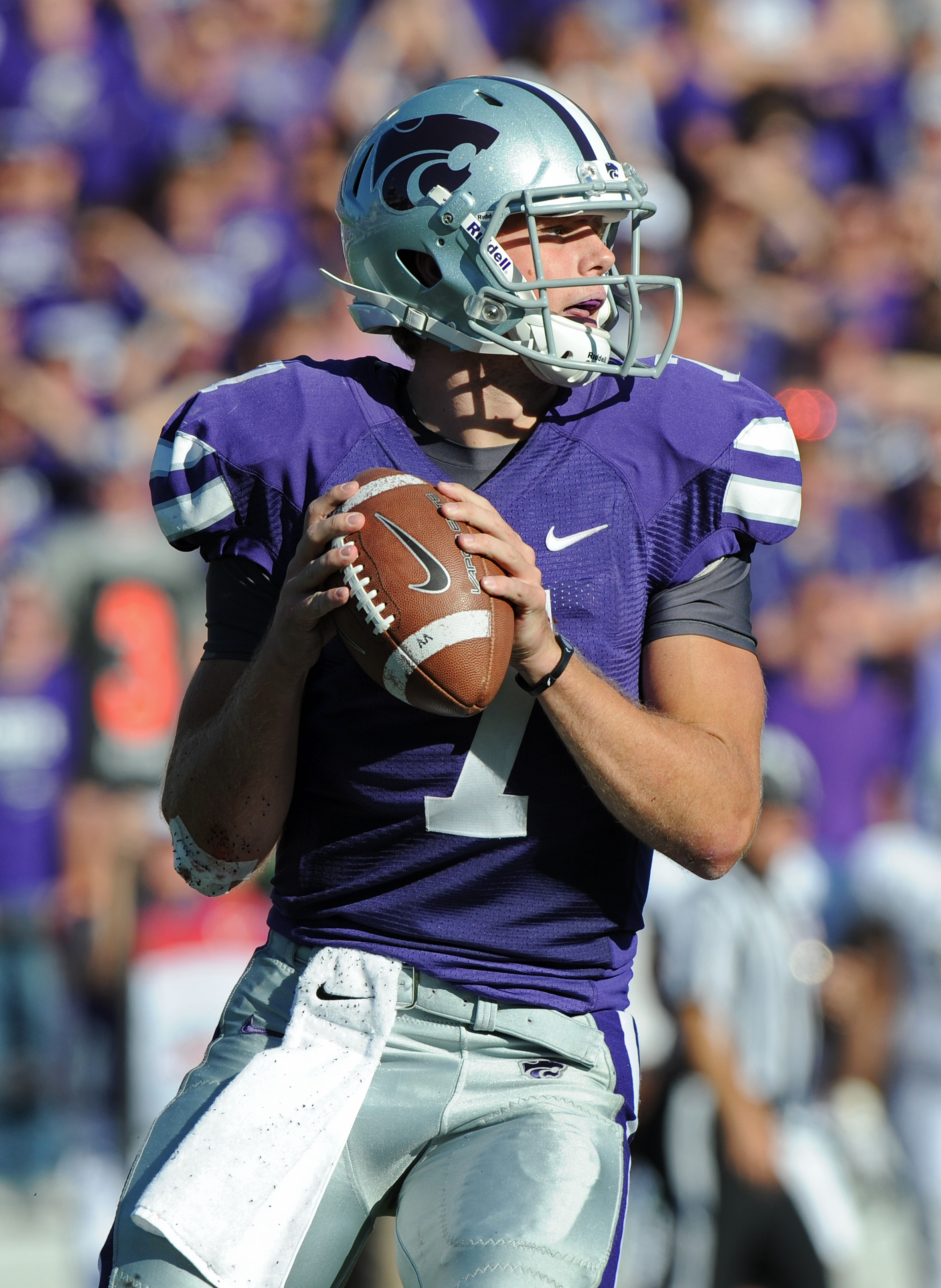 In what could be an indication of how Heisman Trophy voters are leaning, the Maxwell Award will be handed out Thursday night at the ESPN College Football Awards at Walt Disney World.  The three candidates are the same for both awards, K-State senior quarterback Collin Klein, Texas A&M freshman quarterback Johnny Manziel, and Notre Dame senior linebacker Manti Te’o.

Even though Tim Tebow won both awards in 2007 and Cam Newton did the same in 2010, the Maxwell has not exactly been in sync with the Heisman in recent years.  Players like Peyton Manning, Drew Brees, Ken Dorsey, Larry Johnson, Eli Manning, Vince Young, Brady Quinn, Colt McCoy and Andrew Luck, all won the Maxwell but not the more prestigious trophy.

Manziel has been the favorite for the Heisman, but must overcome the stigma of possibly being the first freshman to win the award.  The Aggie did break the record for total offense in the SEC, but Klein had more success in big games. In eight contests against major conference schools, K-State is 7-1, while Klein has accounted for 25 total touchdowns and just six turnovers. Manziel and A&M were 2-2 in four games,  with five turnovers and five touchdowns.  Te’o is looking to become the first defense-only player to take the Heisman.

Klein will also vie for the Davey O’ Brien National Quarterback Award on Thursday night in Orlando. Manziel is a nominee also, along with Ohio State sophomore Braxton Miller. The ESPN College Football Awards show will air at 6:30pm central on Thursday night.

Stay connected to all things KSU on the go just text EMAW to 88474
For full video wrap-ups, including analysis, highlights, coaches & player interviews of K-State Football & Basketball check out PowerCatGameday.com