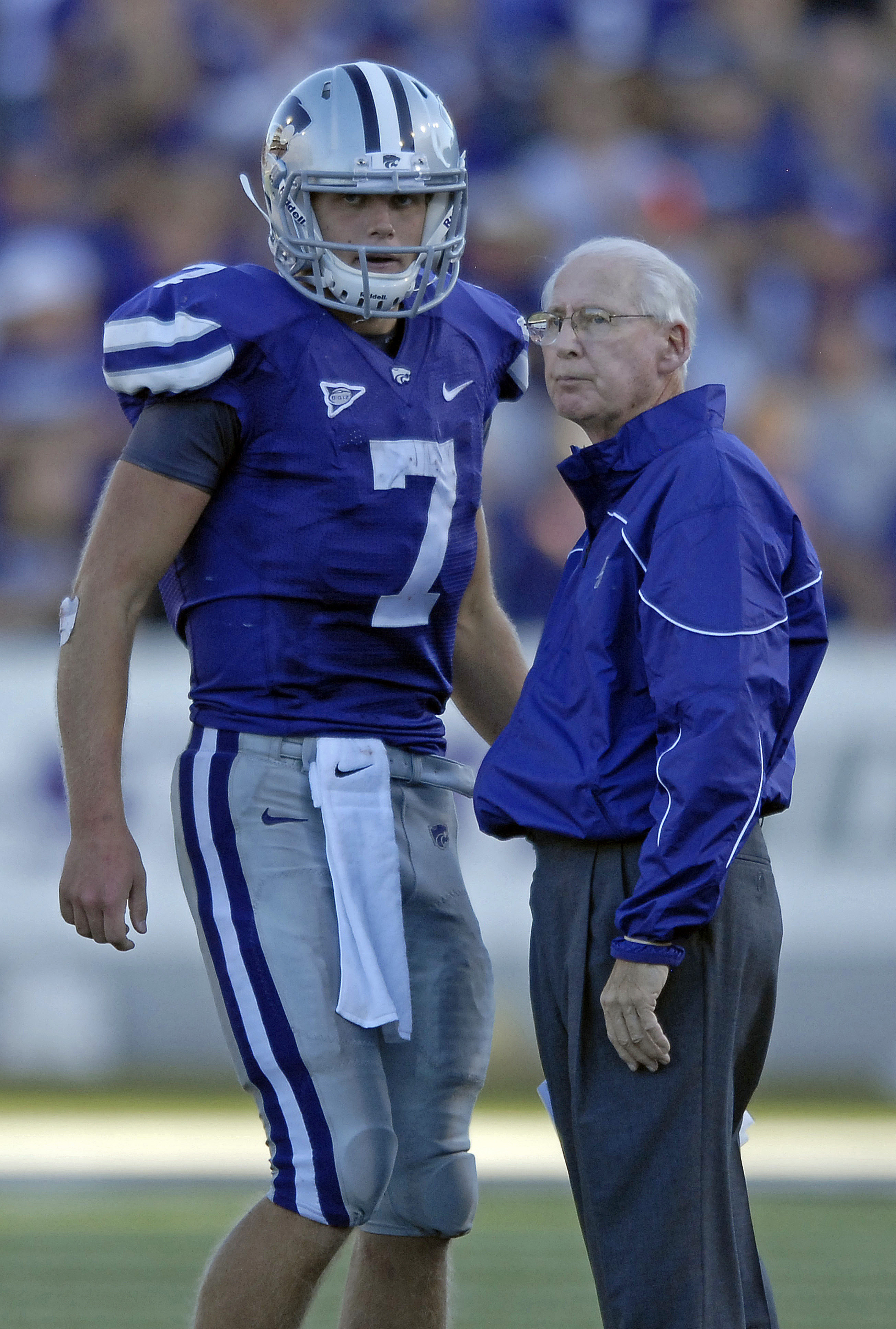 K-State claimed their second Big 12 title this season, and coach Bill Snyder joined his former assistant Bob Stoops at Oklahoma as the only three-time winners of the Associated Press Big 12 coach of the year.  Snyder also won the award last season and in 1998, and was a unanimous pick this season after the Cats were picked sixth in the league preseason poll.  K-State won 11 games, and clinched the title this past Saturday night when they defeated Texas for the fifth straight time 42-24.

The award was voted on by 18 reporters who regularly cover the conference. The players of the year and All-Big 12 teams will be announced Wednesday.

#5 K-State will battle #4 Oregon in the Tostitos Fiesta Bowl on Thursday, January 3rd at 7:30pm at University of Phoenix Stadium in Glendale, AZ.  SportsRadio 1350 KMAN will bring you the game, and cover the Cats all the way up to their second BCS Bowl in the last nine years.