For the third time already this season, K-State senior guard Rodney McGruder has been named the Big 12 player of the week. McGruder scored 26 of his 28 points in the second half of the Cats’ 73-67 win over Oklahoma State on Saturday. 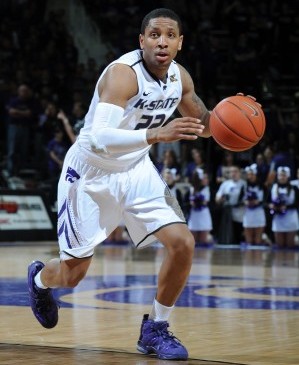 He hit five three pointers including two in a crucial 9-1 run during the final 2:15 of the game, and grabbed five rebounds. McGruder also had 15 points and nine rebounds in K-State 70-50 win over South Dakota on Monday.

Oklahoma State freshman guard Marcus Smart scored 25 points against the Cats on Saturday, and was named Big 12 rookie of the week.