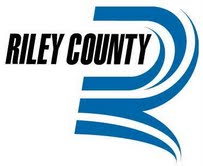 Riley county Elections Supervisor Jolene Keck reports eight last minute filings the last hour and a half before the noon deadline, mostly for smaller city council positions. There were no last minute filings for Manhattan City commission or USD 383. And there will be no need for a primary in Riley County.

Ogden, which always seems to have a lot of interest, had last minute filings from former mayor Jimmy Bond–who filed for both mayor and city council. Roger Graham filed for Ogden City council, bringing the number of candidates for the five open positions to seven, with two for Mayor.