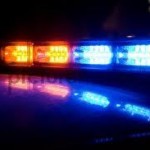 A residential burglary leads to a significant loss.

Riley county police told reporters on Monday that a report was filed with them on Sunday of a burglary at a local home. The victim, Ashley Samsel (26) told police that on January 10th between 9:30 p.m. and 10:00 p.m., a person unknown to her entered her home on the 700th block of Allen Road and removed a firearm, ammunition, and jewelery .

Estimated loss is $3,300 and police are investigating.

A K-State student reports that she was the victim of an aggravated burglary.

Riley County Police told reporters on Monday that on Saturday morning around 2:30, an unknown suspect entered the home of Heather Emberry (38) at the 400th block of  Walters and removed a variety of electronic equipment. Emberry was home at the time the incident took place.

Total loss is $4,664 and police are investigating.

A local man is without his bicycle after a theft.

Riley county police told reporters on Monday that a report was filed with them on Sunday regarding a bicycle being stolen. The victim, John Uhlarik (69) of of the 2000th block of Park Drive in Manhattan told police that his bicycle and helmet were removed from in front of his home sometime between January 6th at midnight and January 12th at 8:00 p.m.

The estimated loss in this theft is $1,278 and police are investigating.

A home burglary results in the loss of tactical gear.

Riley County police told reporters on Monday that  Josa Choi (33) filed a report with them on Sunday stating that sometime between December 30th at 10:00 p.m. and December 31st at 5:00 a.m., a bulletproof vest and military style boots were taken from an attached garage at his residence located at the 5000th block of Stonecrest in Manhattan.

The estimated loss of these two items is $2,050. The case is under investigation.

A home burglary results in a large loss for a K-State student.

Jarel Moore (20) of the 1000th block of Laramie reported to police on Sunday that sometime between December 14th and January 13th, someone entered his home and removed a variety of electronics equipment including a television, a game system, video games, and DVDs.

Total loss in this burglary is estimated to be $1,580 and the case is under investigation.