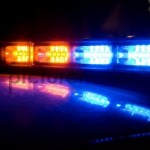 Details have been released regarding an incident of shots being fired Sunday evening.

Riley County Police told reporters on Monday that they received a report around 8:20 pm on Sunday of shots being fired at 1704 Fair Lane. Upon arrival, they made contact with Cody Turnbough (19), who told them that he had been in an altercation with an acquaintance , and  he had been shot in one knee by this acquaintance . He was transported to Mercy Regional Health center, where he is receiving treatment for non life threatening injuries.

Police are following all investigative leads, and state that the public is in no way in danger from this incident.