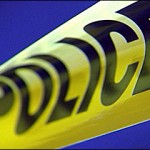 Two businesses in Aggieville suffered damage to property over the weekend.

The first incident took place around 1:00 Saturday morning. A bathroom sink at Jimmy John’s was damaged, with an estimated total loss of $1,000

Also, at around 2:30 the same morning, Wahoo Fire and Ice Grill reported that one of the windows of their resturant had been damaged. Total loss in this case is $1,000

No arrests have been made in either case, and police are investigating.

A Topeka man is behind bars for failing to appear in court.

Riley county police told reporters on Monday that Jacob Maxfield of Topeka was taken into custody at 10:00 Saturday morning on a failure to appear warrant. The original charge against Maxfield was possession of diazapan (die-az-ah-pan)

A Manhattan man has his stolen car recovered, but not in the condition he expected.

Riley County Police told reporters on Monday that they recovered a  Buick early Sunday morning that had been reported stolen by Cavoron Denton,20 the night before. The vehicle had been left in a field, and had been extensively damaged.

Riley county police are investigating a case of vehicle vandalism.

Police told reporters on Monday that Michael McDaniels of Manhattan reported to them that sometime between 5:00 Saturday evening and 11:30 Sunday morning, his 2003 Ford Expedition had several windows broken, as well as a few dents inflicted upon it.

The estimated damage to the vehicle is estimated to be around $4,000.

A Manhattan man suffers significant loss in a vehicle burglary.

Riley County Police told reporters on Monday that sometime between 8:00 Friday evening and 7:00 Saturday morning, an unknown suspect removed several personal items, including an ipad, briefcase , and a calculator from the unsecured vehicle and garage of  Lowell Kohlmeier,55.

Estimated loss is $1,000 and police are investigating.

A flatbed trailer has been reported stolen.

Riley County Police told reporters on Monday that  Deborah Benge,37 reported her six foot by ten foot duel axle flatbed trailer was taken from where it had been stored at the 600th block of Yuma in Manhattan.

The trailer is valued at $1,000 and police are investigating.