KANSAS CITY, Mo. (AP)   The Royals sent third baseman Mike Moustakas to Triple-A Omaha on Thursday in their latest attempt to break one of their franchise cornerstones out of his prolonged slump.

The team announced the move in a brief statement while traveling from Kansas City to Anaheim. The Royals open a three-game series against the Angels on Friday.

Utility man Jimmy Paredes was recalled from Omaha in a corresponding move. 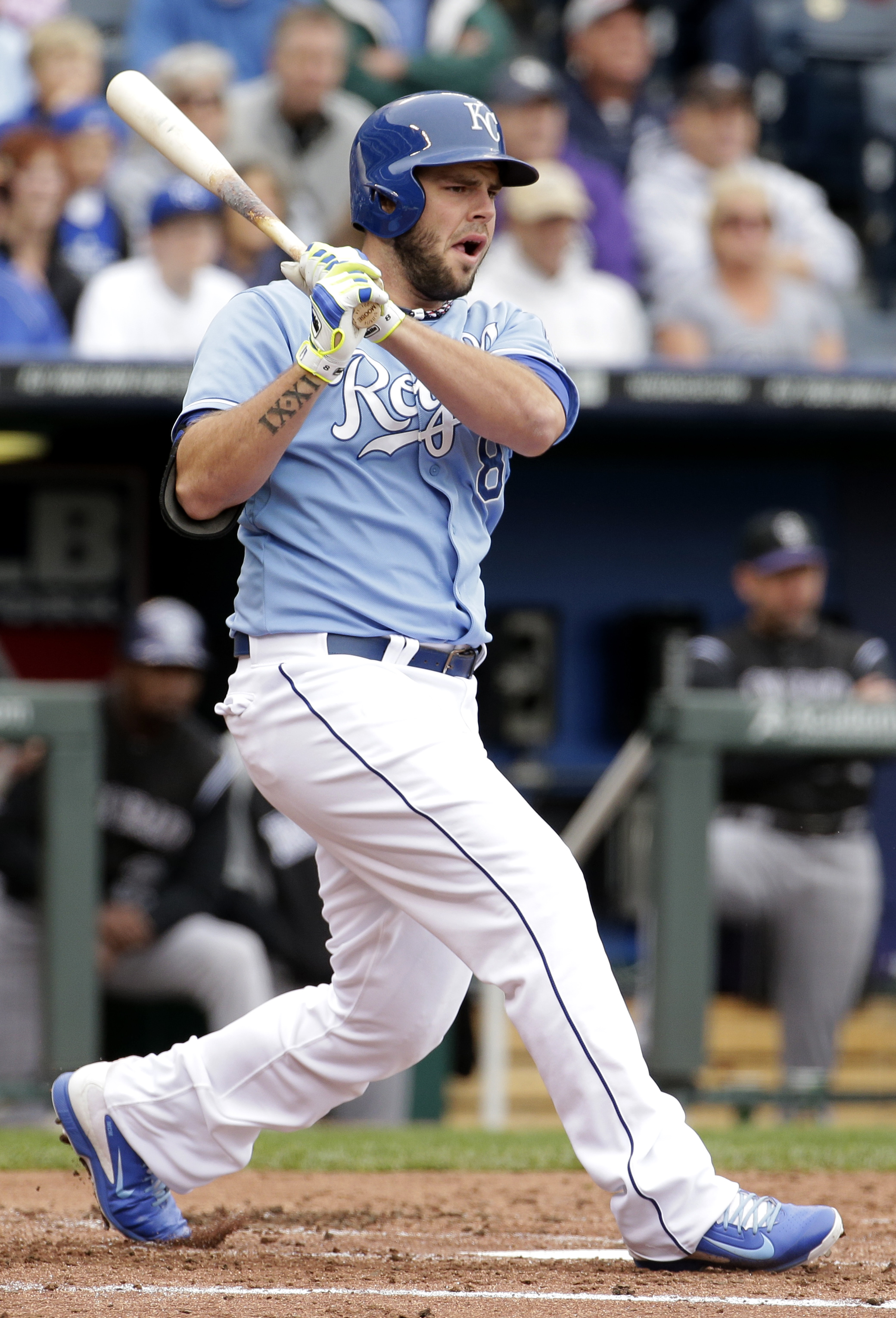 Moustakas had slowly lost playing time to Danny Valencia. The former No. 2 overall pick heads to Omaha toting a .152 average with four homers and 17 RBIs in 40 games.

Moustakas has been the everyday third baseman the past two seasons, but he’s struggled to live up to expectations. He hit.233 with 12 homers and 42 RBIs a year ago.

The Royals and Angels take the field on Friday night at 9:05pm central time in LA.  Danny Duffy takes the hill for Kansas City for the first time since carrying a no-hitter into the 7th inning against the Orioles last Saturday night.  He’ll be opposed by Angels lefty CJ Wilson.  Coverage begins on NewsRadio 1350 KMAN at 8:30 with pregame from the Royals Radio Network.